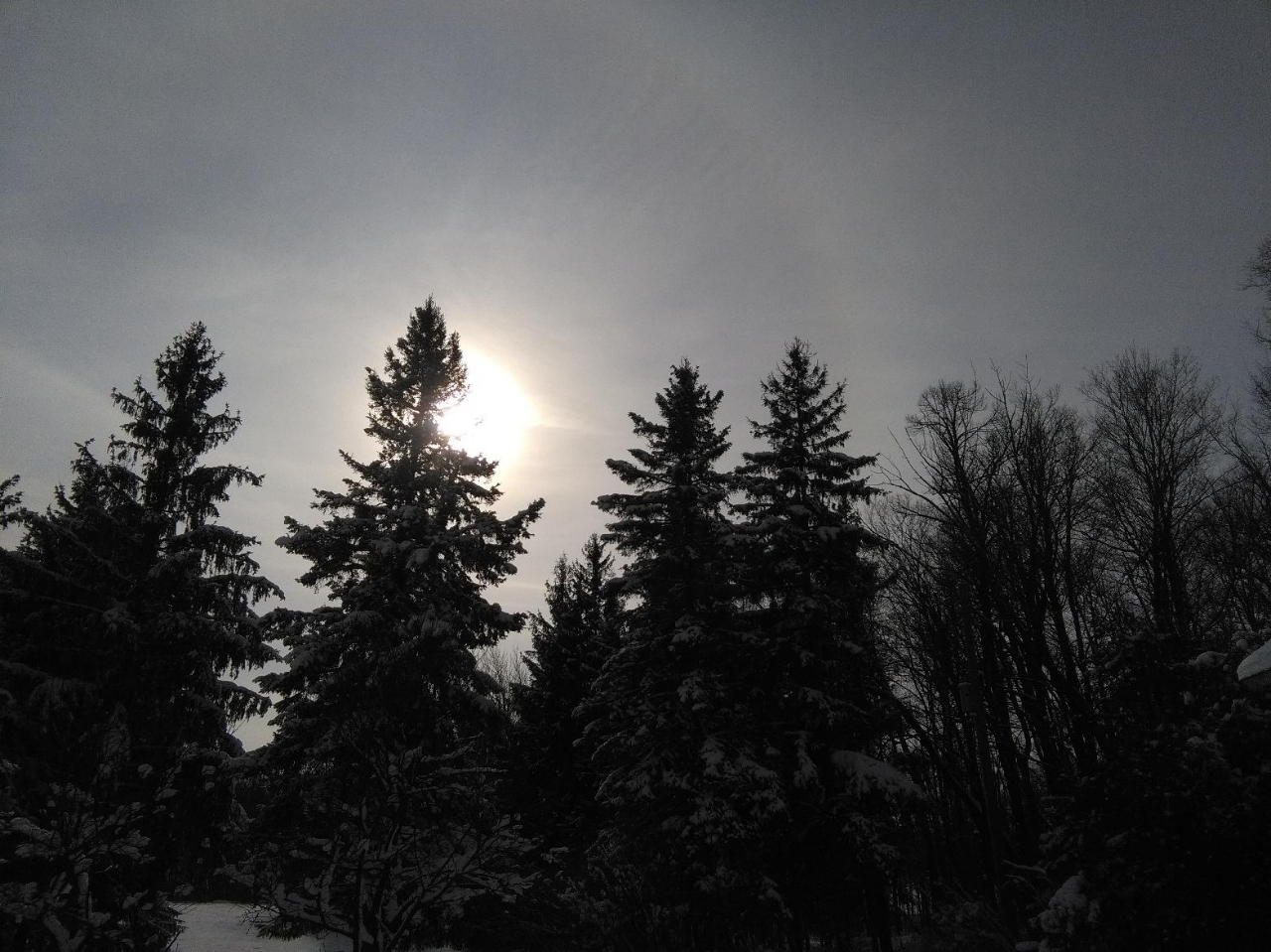 Fractal Pine Trees and leaf-less forest, December 27, 2020. Here we see the winter sun, at the high-point of it's daily track through a sky full of ice-crystals, backlighting the snow-covered spruce.

No bucks, no Buck Rogers, as they say. If you want nuclear rockets - you have to build them yourself, I guess. And space tourism is a bloody good idea. You can die in a commuter flight in a crappy Boeing 737 Max-8 with bad software written by Indian programmers who don't know sh/t about flying, or you can get blown up in a BFR rocket at launch. But whatever your travel plans - they first need to be funded, don't they? :)" has-arrows="False"> 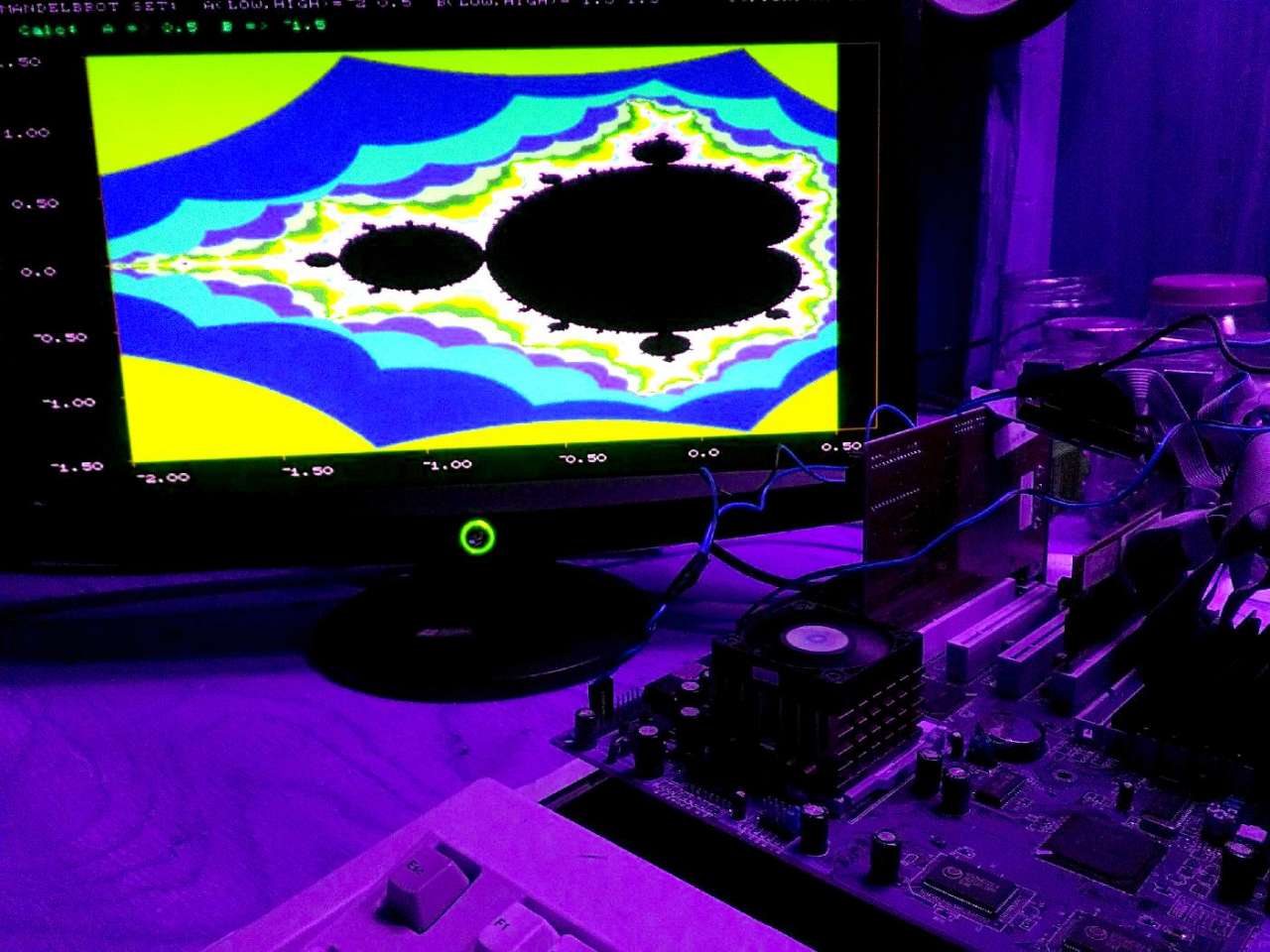 Listen: The bloody markets really *are* fractal. And they are *not* random. They are chaotic - and difficult to predict (sort of - if you are human), and difficult to trade (so don't trade them - just harvest the results), but the most interesting thing is that they are truly fractal - and all the really old guys from very long ago had a very good idea about how they worked. If you ever suggested to any of the 19th century big line swingers that markets were random, they would probably have laughed quite hard - or just assumed you were crazy.

The next step is to take the human out of the circuit. Not sure - as a very little guy - how best I should try to do this - but I have this old APL workspace, that is maybe around 30 years old - it's been thru a few different versions of APL - it is called TRASER - and I can run it against different series with different parameters. And I have this one parm-set for a particular security - and I just ran it again last nite (Nov. 24, 2020), from insep to current day, and it has made over four hundred and fifty thousand dollars - using no leverage, and starting with no capital. It just goes in and out - risk-on/risk-off and so on. It is hilarious. It kicks my ass completely. It is just silly. You would think the thing it seems to have found would extinguish over time (like all that economic theory sh/t suggests is should) - but it has not done so. It is pretty complicated - and it has long runs where it gets drawdowns (might go 5 or 6 trades in a row where it's results really suck) - but then it finds it's footing, and launches ahead and recovers all its losses, and generates profits more than sufficient to offset the losses.

My trading sort-of mirrors TRASER, but not good enough. I need to have a bit of capital, and I don't like the long runs of drawdowns. But I miss stuff (like now), and that really fucks up my performance over the long haul. I find I can pay the bills, and maintain my capital - but only just. I need to kind of invert my human behaviour in order to get as good as TRASER - and I am just not there yet.

But damn, to suggest markets are *random* is the hieght of absolute folly. Markets are like Japanese language - it looks like horrible chicken-scratches and random scribbles by a lunatic, until you can learn a few of the various alphabets and glyphic-constructs that the lauguage uses.

I was looking at some Nihonian charts - and I recognized the kanji for USA (it is two glyphs - one for "rice" and the other for "map of a country" - literally, I think they call USA "Rice Country" ("BaiKoku") - and like learning ancient Mayan - you need to realize that "rice" means "wealth" (in Mayan, the glyph for "cocoa" (chocolate beans), meant "wealth") - like Euro languages often use "gold" to mean "money". The ancient Mayan king who built Tikal, was called "Lord Cocoa" = which I translate as "Lord Money". So Japanese for USA in glyphs is "Money (ie. Rich) Country" which makes sense, 'cause it's true...)

If I can ever fix the "human problem" - I am pretty sure I can make a lot of "rice" and "chocolate" in these silly stock and bond markets. I mean, I am doing ok, but not not "Elon Musk" or "Bill Gates" ok. (I seriously - as a little child - wanted to build a nuclear rocket when I got older, so I could visit Ganymede and Io and the other moons of Jupiter, since I could see them orbit around in my little telescope - a whole planetary system, and you could watch it change each nite (if there were no clouds). If figured a few hundred kilograms of enriched uranium, and a little device to make wee, tiny micro-explosions inside a big parabola-shaped thing (right at the focus-point), and woosh, off you go. Just like the physics boys at General Atomics were actually planning to do, as it turns out, with top secret Project Orion. They were going to use little coke-bottle sized nukes to push them along.)

But now, even the Shuttles are in museums. <big, long sigh...>

No bucks, no Buck Rogers, as they say. If you want nuclear rockets - you have to build them yourself, I guess.

And space tourism is a bloody good idea. You can die in a commuter flight in a crappy Boeing 737 Max-8 with bad software written by Indian programmers who don't know sh/t about flying, or you can get blown up in a BFR rocket at launch. But whatever your travel plans - they first need to be funded, don't they? :) 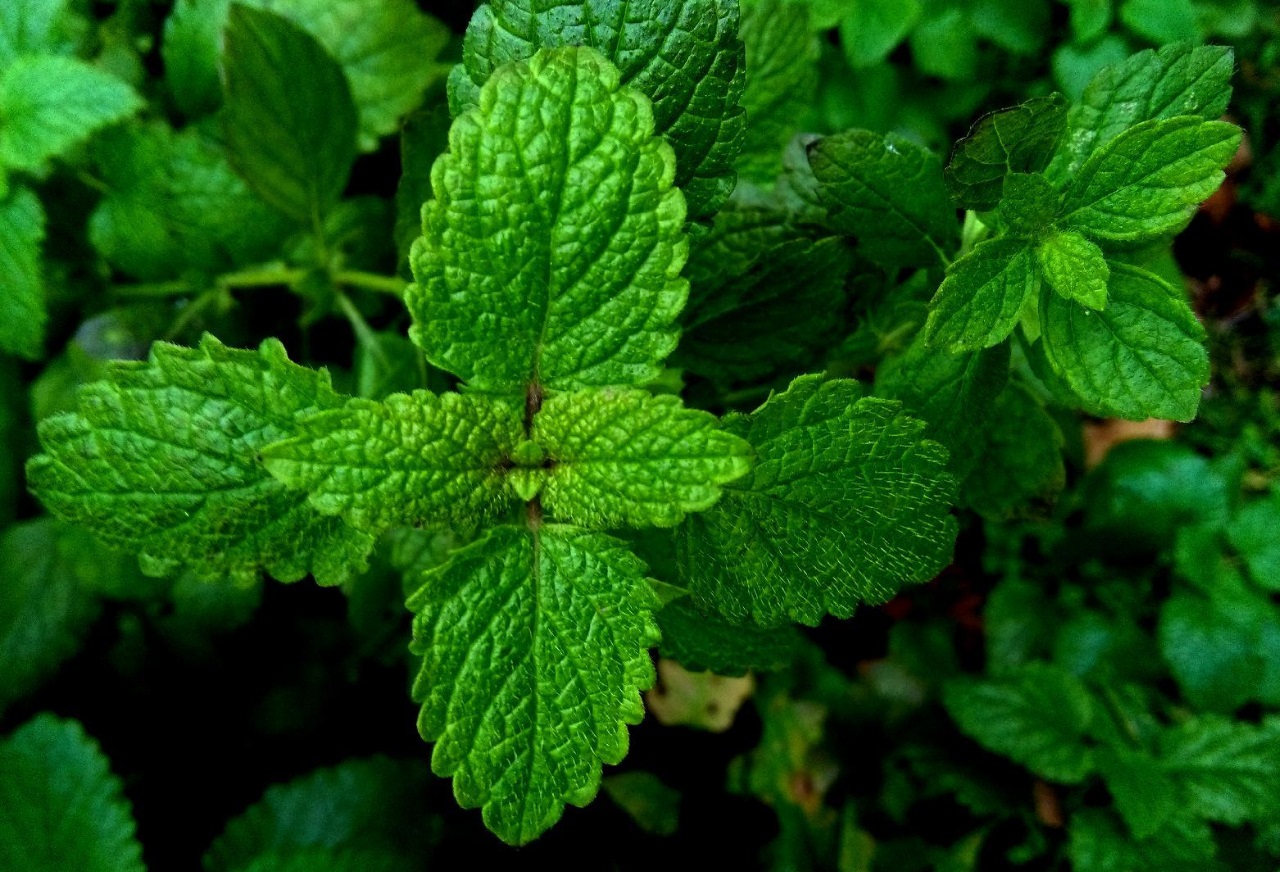 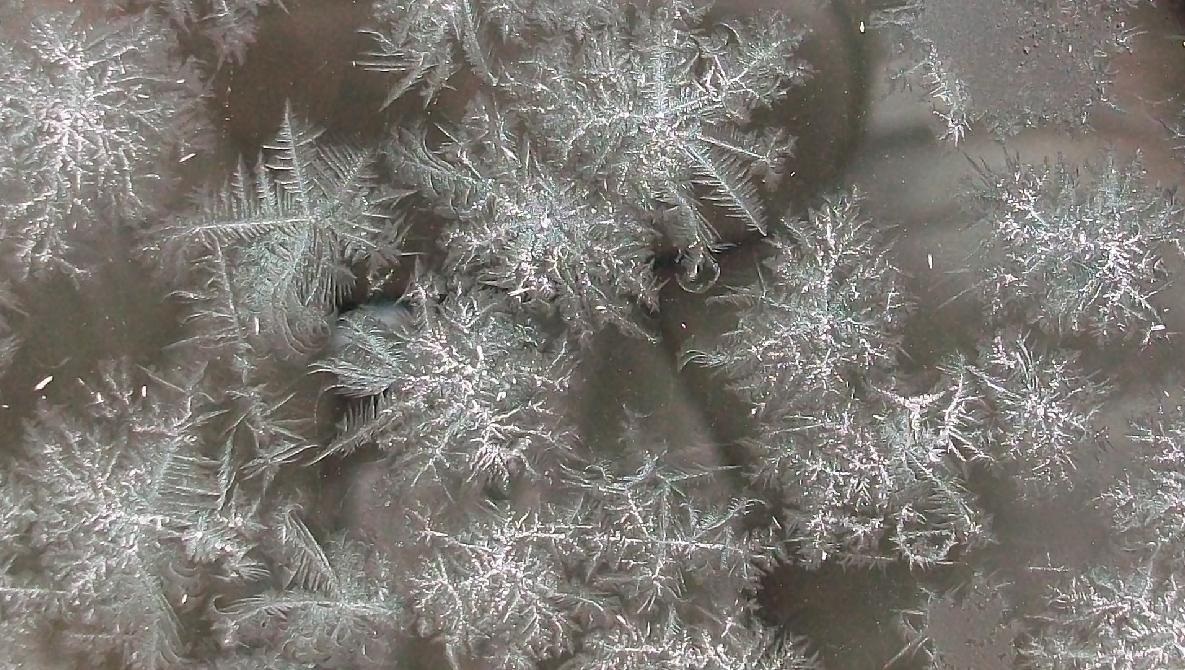 Fractal Ice Formations on Window of Car, 2010, Photo by Mark C. Langdon. This is an astonishing example of the process that is described as "Emergence". Emergence is the process by which complex order can be generated from what appears to be only chaos. The water molecule is an electrical dipole - it has a positive and negative end. This simple feature, given the right conditions, can cause surprising, complex patterns to be generated. Although these ice-frost patterns resemble snowflakes, they were roughly 3 to 4 inches across, and disappeared once the sunlight warmed them slightly. 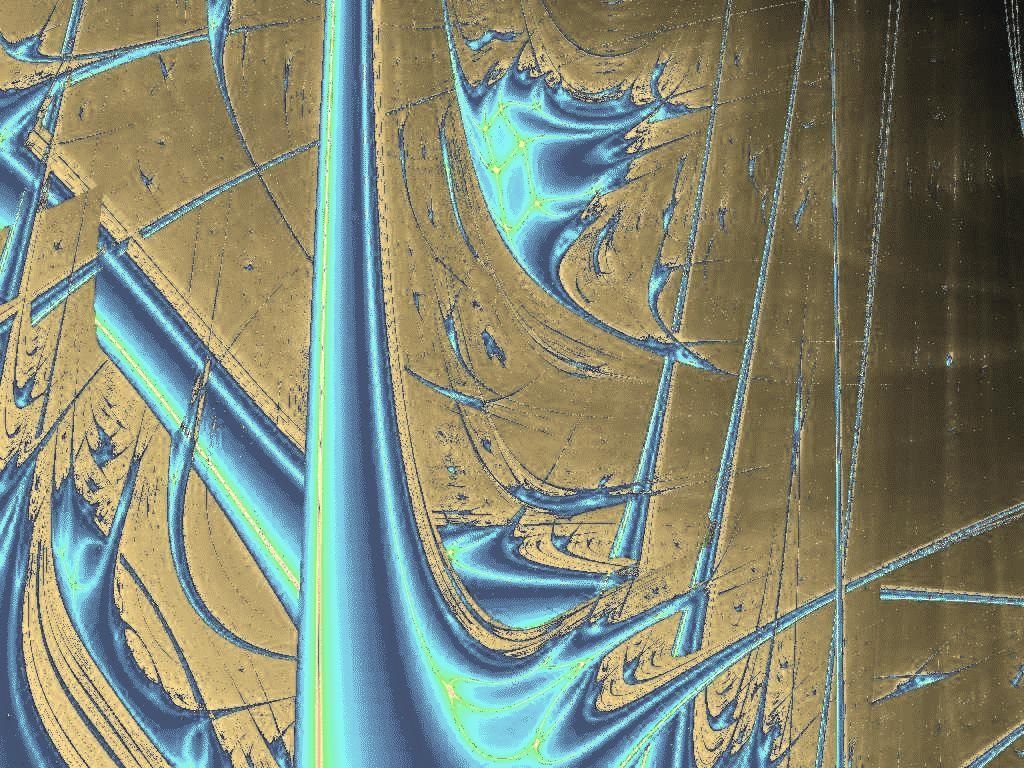 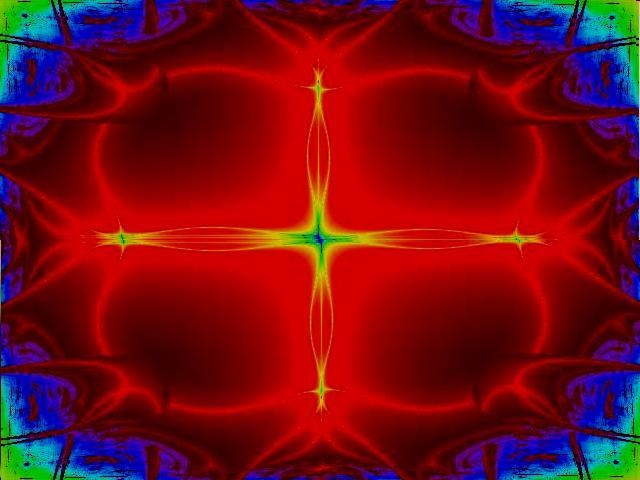 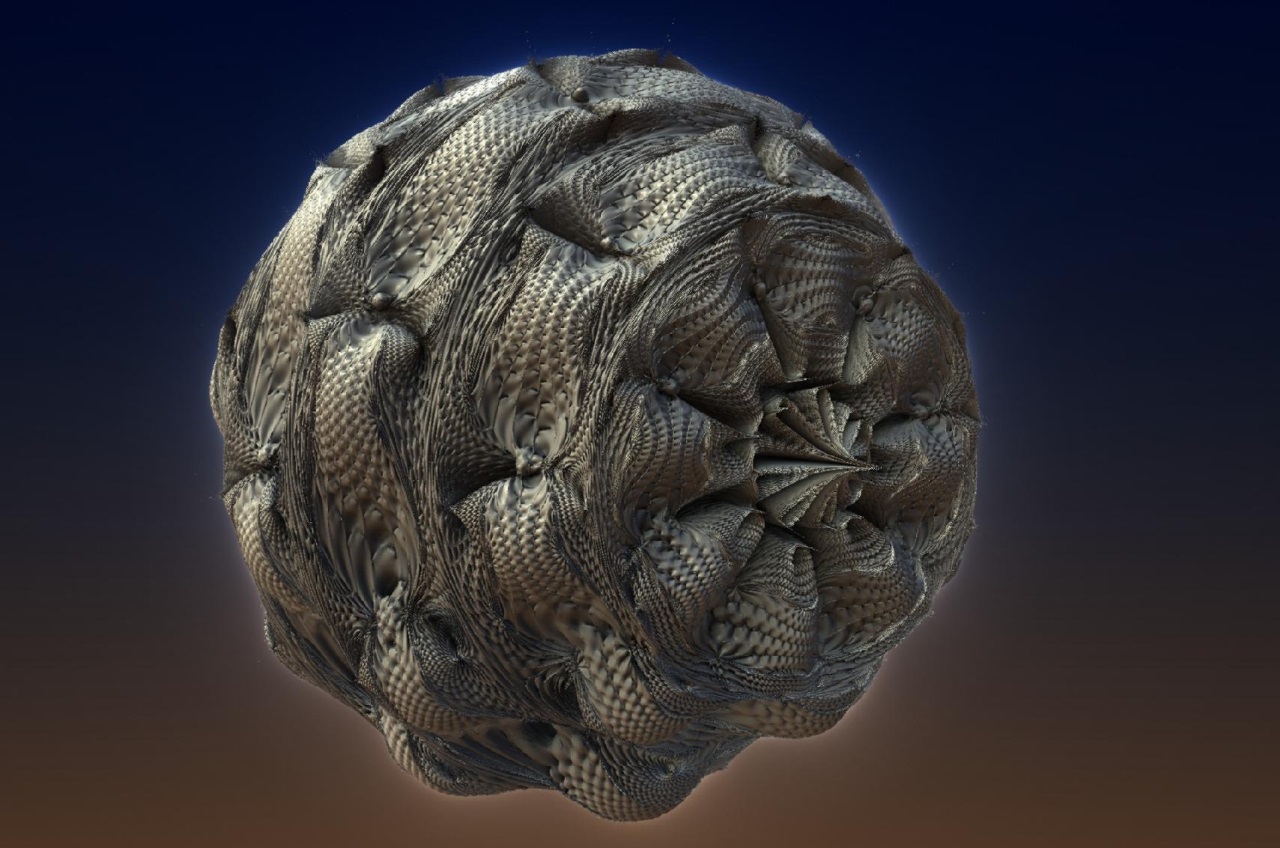 This fractal image was generated using the MandelBulb program, and shows an illustration of a synthetic virus, generated as an example of how a complex, 3-dimensional shape, can be constructed using only a mathematical formula, and an IFS - Iterative Functional System. The MandleBulb program can generate 3-D constructs that show remarkable similarity to organic entities. 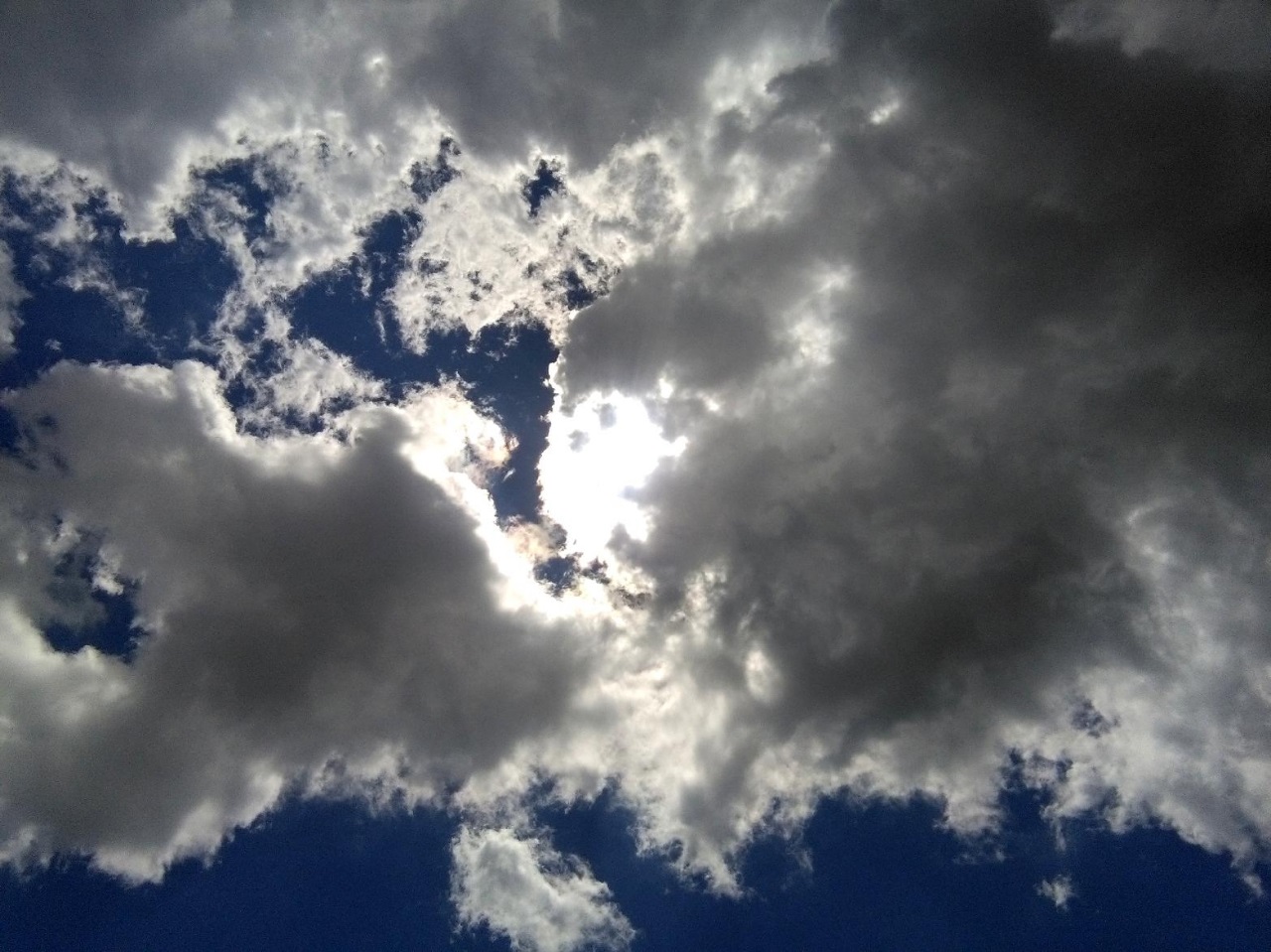 A Cloud Fractal as Seen from Earth. Photo by Mark C. Langdon 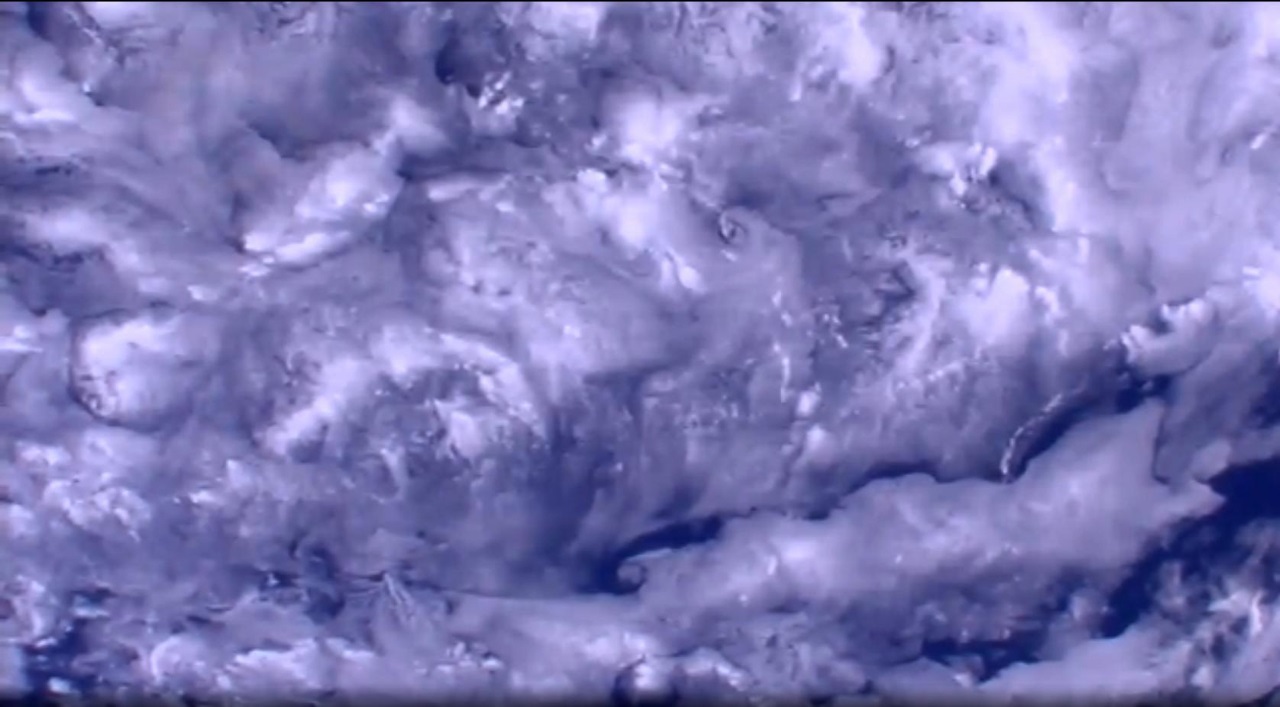 Fractal Cloud Formation as Seen from Space, on the International Space Station. 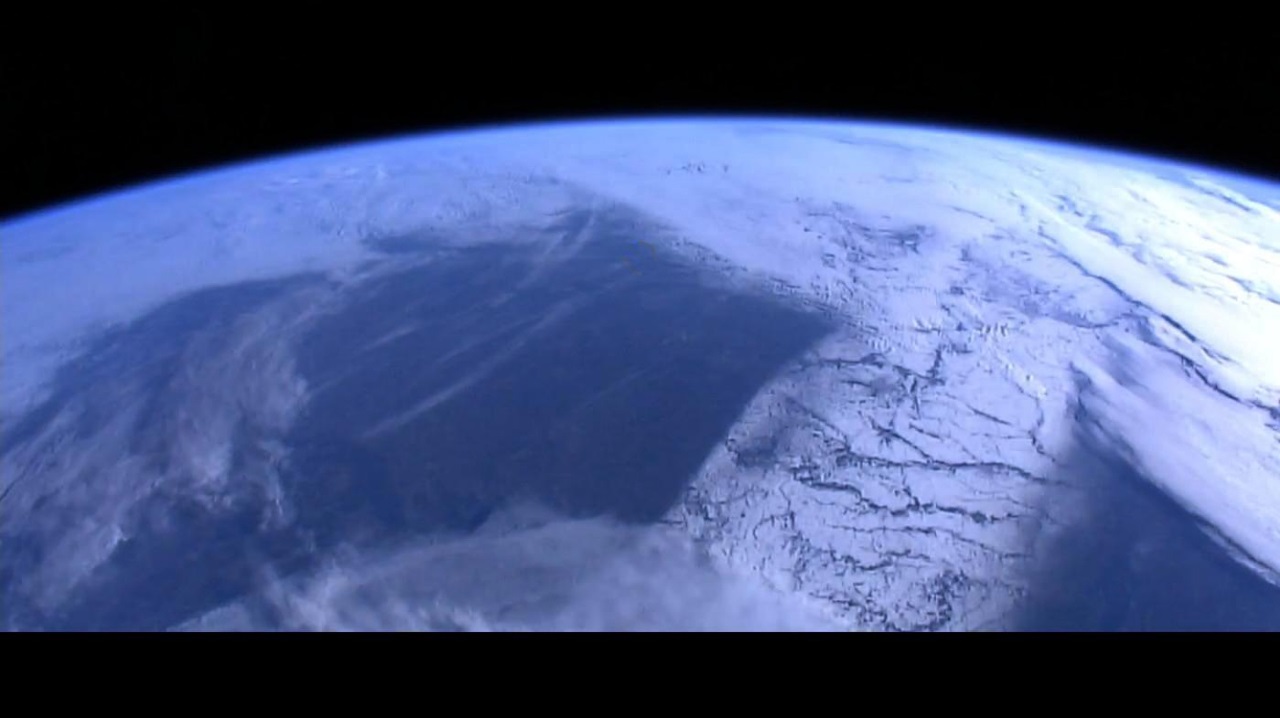 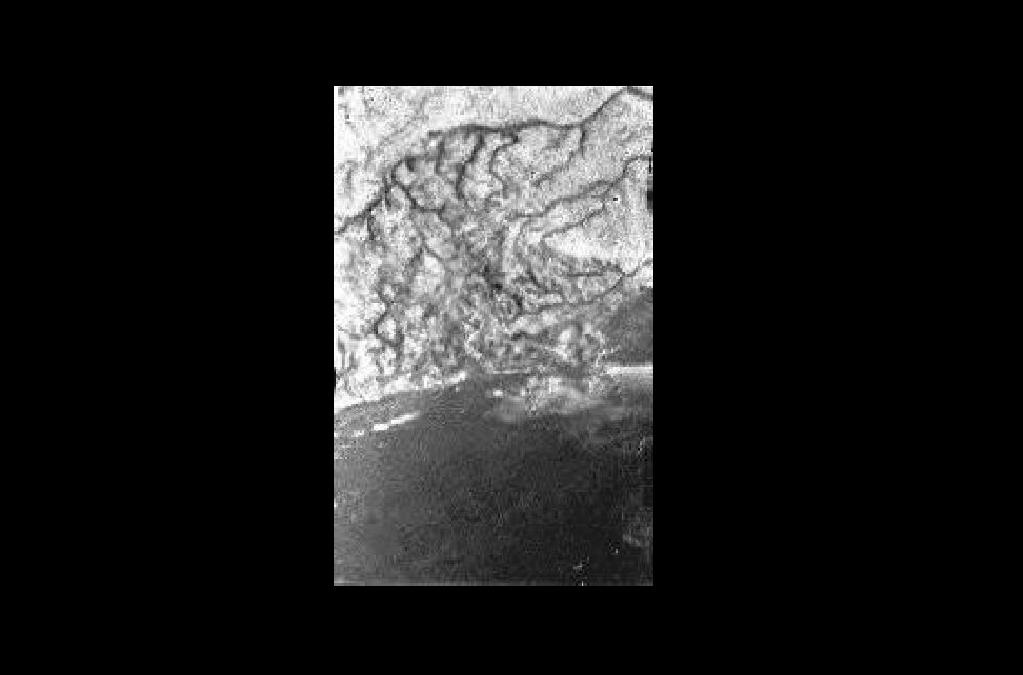 Fractal Topography of Rivers on Titan 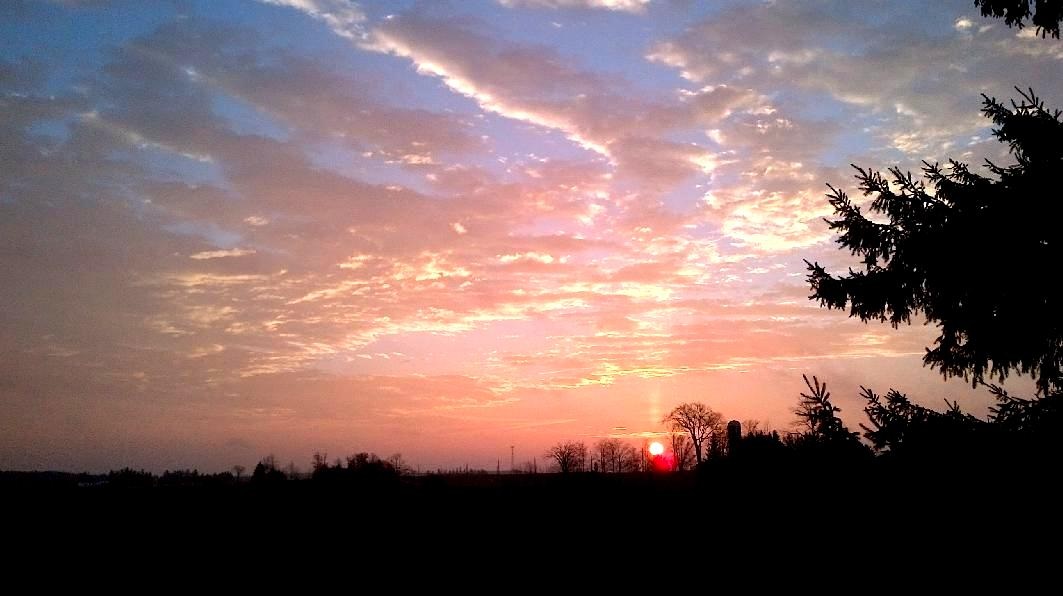 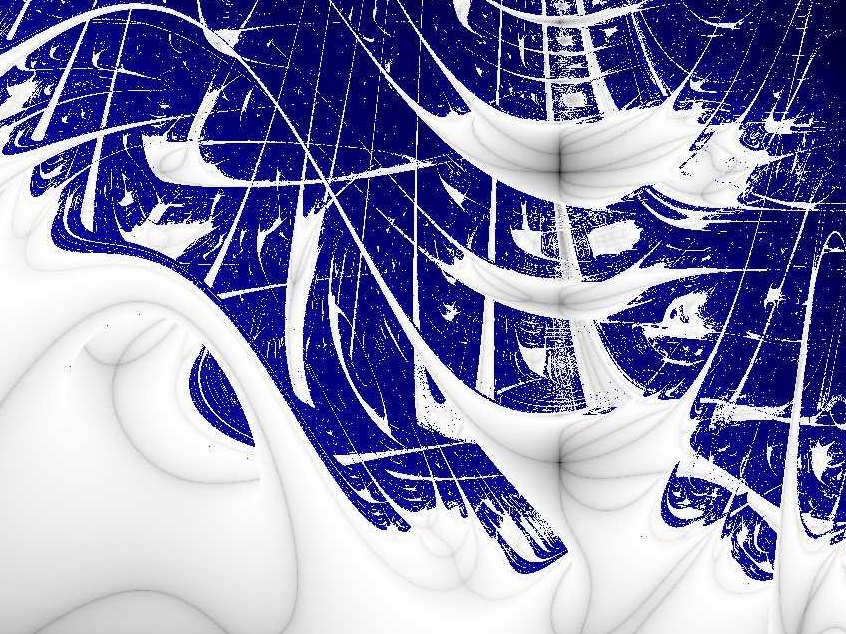 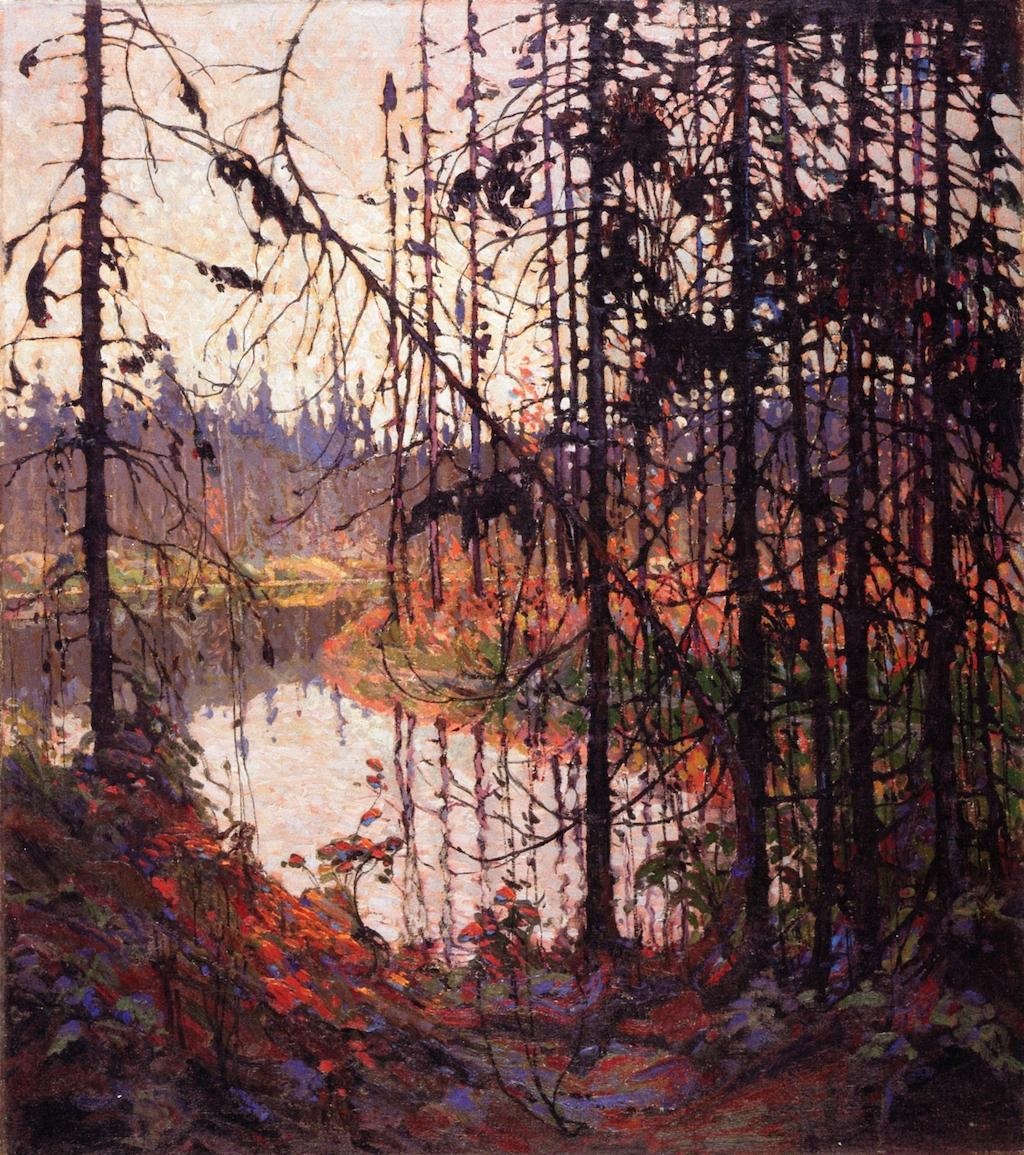 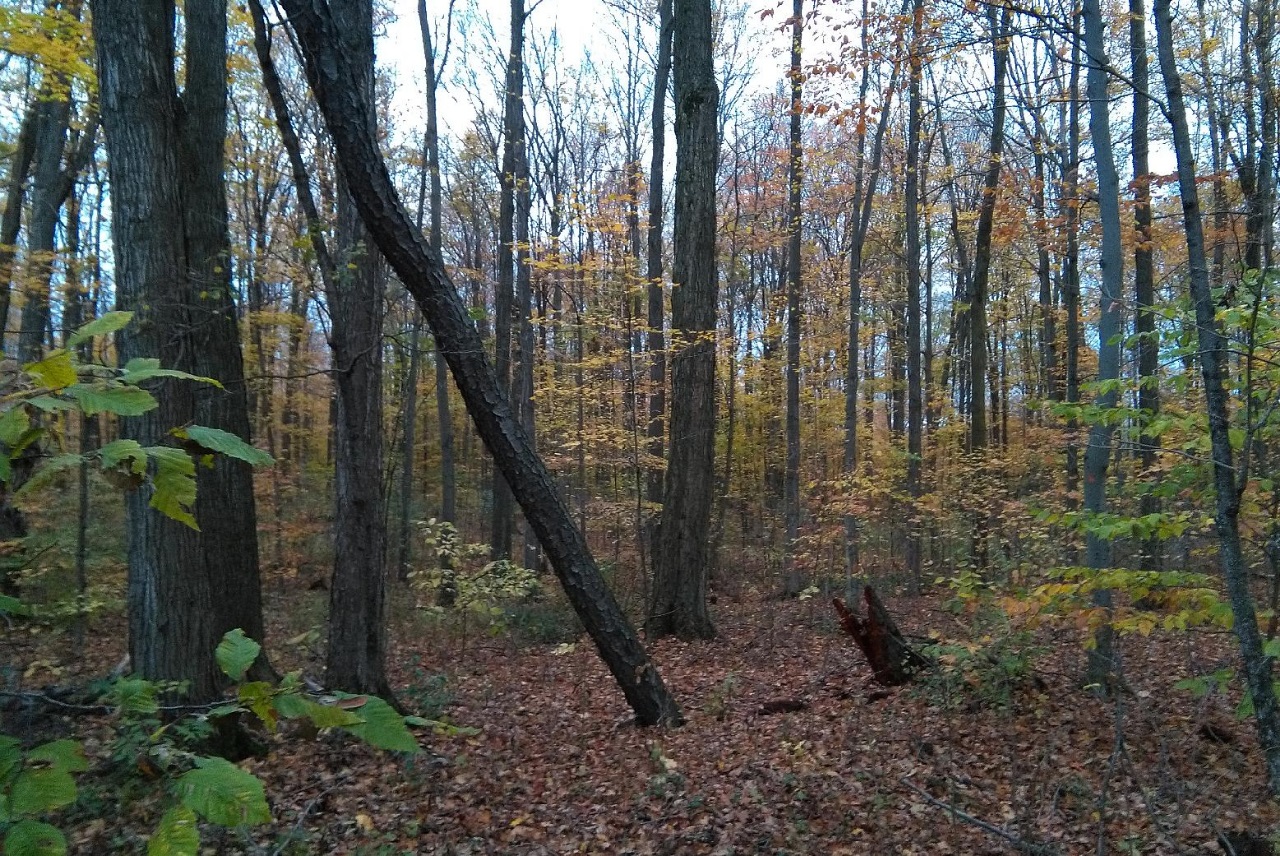 Fractal Forest Floor - Photo by Mark Langdon. Image of the forest in autumn, showing a symphony of fractal images - from the wild randomness of the form and location of the trees, to the perfect monte-carlo distribution of the leaves on the forest floor. 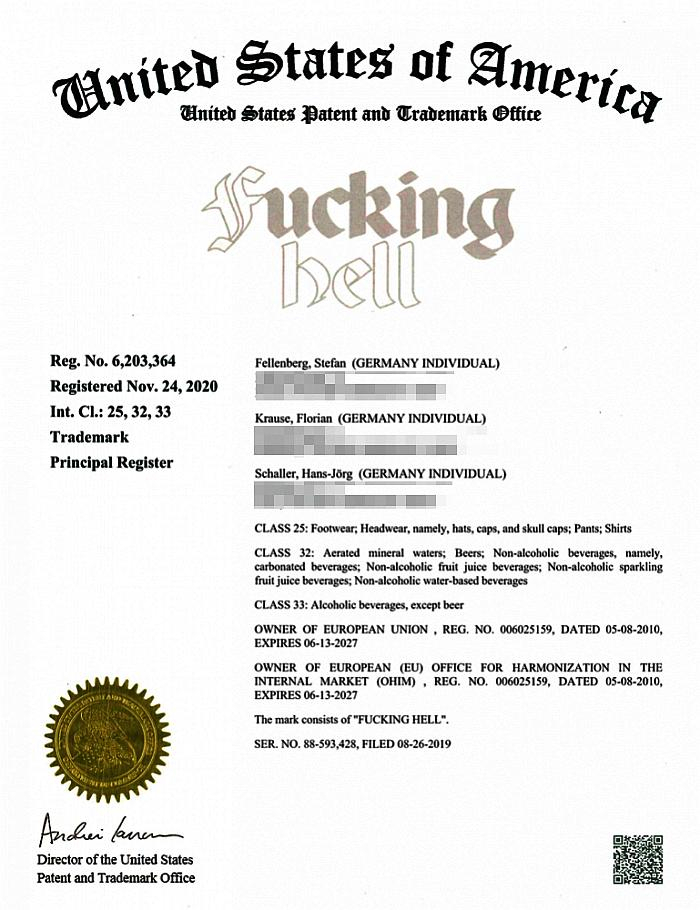 And when you are done looking at the Fractals, you can have a beer. If you can't find a "Bear Whizz Beer", you can maybe order a "Fucking Hell", which is a real German beer. And the gentlemen who brew it, have even trademarked the name - in both Europe and USA. ("hell in German, actually means "pale", and "Fucking" is the name of a town in Austria. Really.