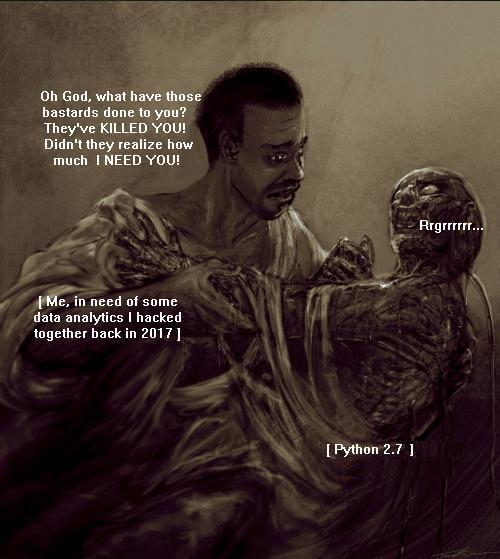 Soul of an Old Machine ... We were trying to get some Python2.7 code working on a Linux analytic box, with Jupyter Notebooks - except the "Community of Pythonistas" have explicitly murdered Python 2.7, and hacked Jupyter Notebooks setup and install process, so that it is near impossible to have one's old Python 2.7 ".ipynb" (ipython notebooks) programs, run on any Jupyter environment one builds on new hardware, using the Python 2.7 interpreter and install tools. We've tried many clever ideas, but the bastards really went out of their way, to kill Python 2.7, and prevent folks from using it with Jupyter Notebooks. We have the source, and can build Python 2.7 from that, but (foolishly), we relied on the "pip install Jupyter" approach to build the Jupyter Notebooks environment (which was nice, since it gave an interactive, web-browser-based access to interactive Python programs, which was nice for doing data-analytics on big data-sets, and then inspecting the results both visually and programmatically. But the bastard Jupyter Notebooks developers killed the ability to use the Python 2.7 interpreter from within the slick, interactive server-client environment. We are told we are holding a corpse, and were feeling hurt and angry. Nasty.

Being dependent on someone elses schemes & methods, is both nasty and dangerous. Mary Shelley would have understood.

So, I hacked together a prototype environment which does not need Jupyter and Notebooks. And it works fine. ("My Name is Frankenstein!...") 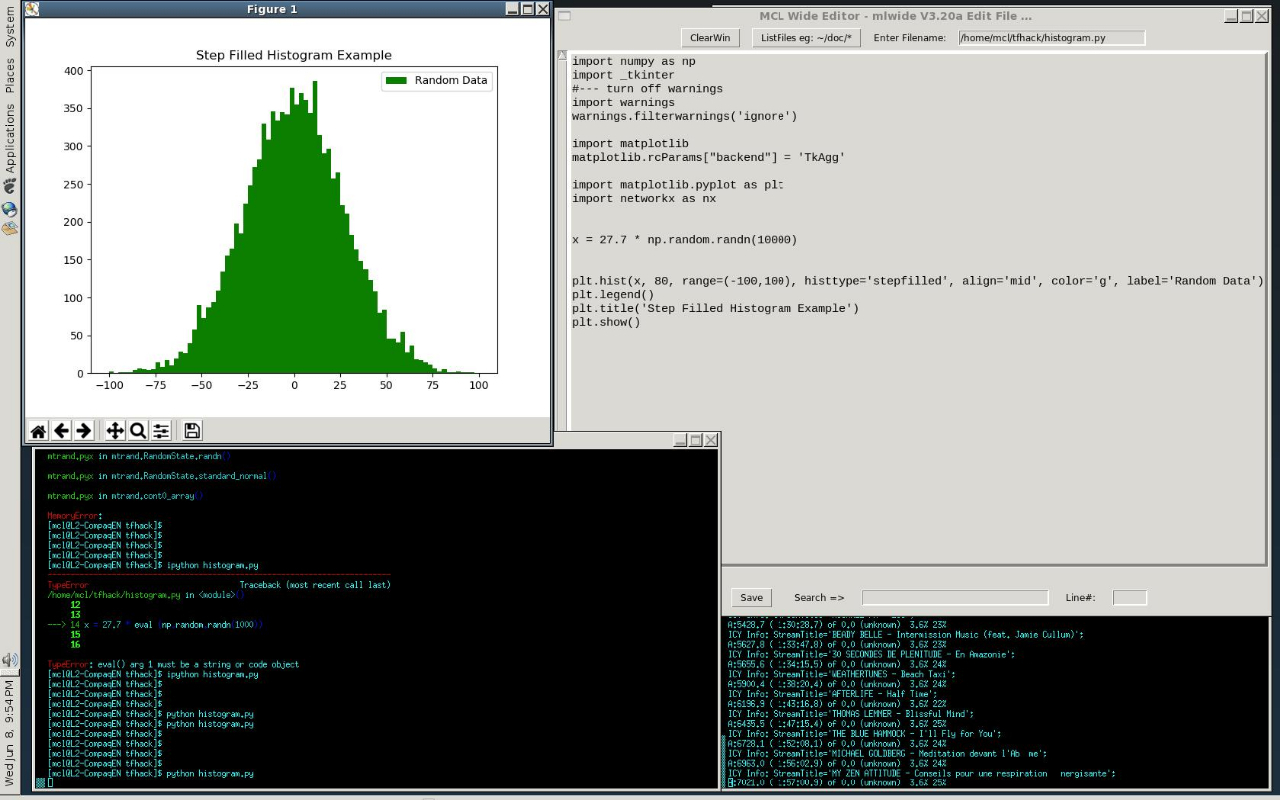 My hacked, simple (and interactive) Python 2.7 run-and-display environment, running on a Linux-box. Uses _Tkinter, and a Tcl/Tk editor thing I built years ago, and an X-window for execution. But I can put a "Run" switch on the Editor, and run directly from in the Editor, by spawning a sub-process. Badda-bing, badda-boom. Done. And good enough to hack some data, and look at it. The code in the Editor window generates the example histogram, using 10,000 random numbers. On the other bigger AI box, I can run this program with 100 million randoms, and get a nice smooth histogram. In numero, veritas. :)